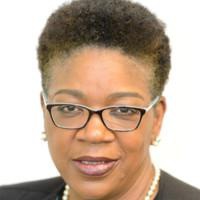 DeAnna Hoskins has been at the helm of JLUSA as the President and CEO of JustLeadershipUSA (JLUSA) since 2018. A nationally recognized leader and dynamic public speaker, Ms. Hoskins has been committed to the movement for racial and social justice, working alongside those most impacted by marginalization for over two decades. Her own life experience has been this driving force, having been directly impacted by the system of incarceration and the war on drugs, and with her professional experience, from working on grassroots campaigns to state and federal government. Ms. Hoskins has been a part of JLUSA’s national alumni network since 2016, as a Leading with Conviction Fellow. Prior to taking the helm at JLUSA, Ms. Hoskins was at the Department of Justice where she joined under the Obama Administration. There, she served as a Senior Policy Advisor (Corrections/Reentry) providing national leadership on criminal justice policy, training, and technical assistance, and information on best and promising practices. She oversaw the Second Chance Act portfolio and managed cooperative agreements between federal agencies – the Department of Labor’s Clean Slate Clearinghouse, supporting formerly incarcerated people with expunging their records; the National Reentry Resource Center; the National Inventory of Collateral Consequences and Convictions; the National Institute of Corrections Children of Incarcerated Parents initiative; and more.