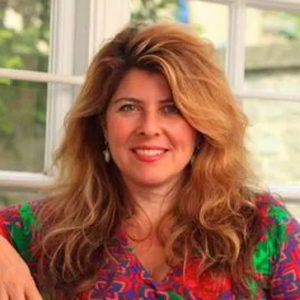 Dr. Naomi Wolf received a D Phil Degree in English Literature from the University of Oxford in 2015. Dr. Wolf taught Victorian Studies as a Visiting Professor at SUNY Stony Brook, received a Barnard College Research Fellowship at the Center for Women and Gender, was recipient of a Rothermere American Institute Research Fellowship for her work on John Addington Symonds at the University of Oxford, and taught English Literature at George Washington University as a visiting lecturer. She's lectured widely on the themes in Outrages: Sex, Censorship and the Criminalization of Love, presenting lectures on Symonds and the themes in Outrages at the Ashmolean Museum in Oxford, at Balliol College, Oxford, and to the undergraduates in the English Faculty at the University of Oxford. She lectured about Symonds and Outrages for the first LGBTQ Colloquium at Rhodes House. Dr. Wolf was a Rhodes Scholar and a Yale graduate. She's written eight nonfiction bestsellers, about women's issues and civil liberties, and is the CEO of DailyClout.io, a news site and legislative database in which actual US state and Federal legislation is shared digitally and read and explained weekly. She holds an honorary doctorate from Sweet Briar College. She and her family live in New York City.