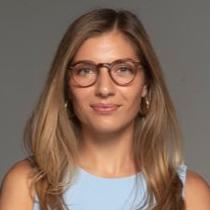 Jacqueline Alemany is the author of Power Up, an early morning newsletter featuring news critical to the nation’s many power centers, including the White House, Capitol Hill, government agencies, the Pentagon and more. She joined The Washington Post in 2018 after six years at CBS News. Alemany covered the White House for CBS News since President Trump’s inauguration. Before that, she was a digital journalist on the 2016 presidential campaign trail. She is a 2017 African Great Lakes fellow at the International Women’s Media Foundation. Alemany studied government at Harvard University, where she was captain of the women’s basketball team.