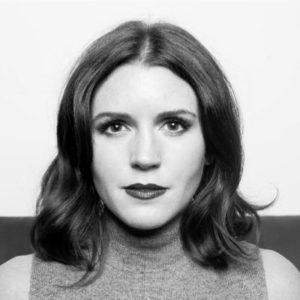 Jill Filipovic is a journalist based in Nairobi and New York City, and the author of The H-Spot: The Feminist Pursuit of Happiness. A contributing opinion writer for the New York Times and The Guardian, she is also a weekly columnist for Cosmopolitan and CNN. She is also an attorney. Her work on law, politics, gender and foreign affairs has appeared in the New York Times, the Washington Post, VICE, TIME, Al Jazeera America, the Nation, Foreign Policy, Marie Claire, and others. She was an editor at NYU Law’s Journal of Law and Social Change, and a contributor to the Yale Journal of Law and Feminism and the anthology Yes Means Yes: Visions of Female Sexual Power and a World Without Rape, named one of the best books of the year by Publisher’s Weekly A winner of a 2014 Newswomen’s Club of New York Front Page Award for her global health reporting and two Society of Professional Journalists Sigma Delta Chi award for political commentary, she was also a UN Foundation Fellow in Malawi and Indonesia, and an International Reporting Project fellow in Brazil and India. Follow her on Twitter and Instagram at @jillfilipovic.