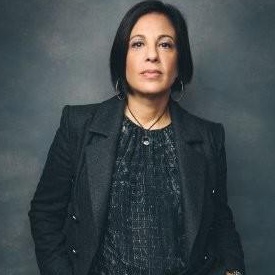 Joanne Wilson has had many careers. She started out in retail, eventually moving to the wholesale arena. She then transitioned to the media side of the technology world, before once again reinventing herself as an investor. She is currently an active angel investor with a portfolio of over 100 companies such as Food52, Sweeten, Vengo, Nestio, Shippabo, Flip, Clutter, and Parachute Home. She has been involved in numerous real estate transactions and continues to make investments in that world, including founding Frame Home, which develops residential spaces with an unprecedented level of commitment to sustainable living by utilizing state-of-the-art technologies including solar arrays, passive house design, insulated concrete, and cross-laminated timber. She is also an investor in a few restaurants in the New York area. In addition to these endeavors, Joanne has been involved in various education projects and has served as chairperson at Hot Bread Kitchen, a non-profit committed to increasing access to the culinary industry for women and minority entrepreneurs. She currently sits on the board of The Highline and The Fund for Public Housing in NYC. Her most successful venture is being married to her best friend, Fred and raising their three kids- Jessica, Emily and Josh.