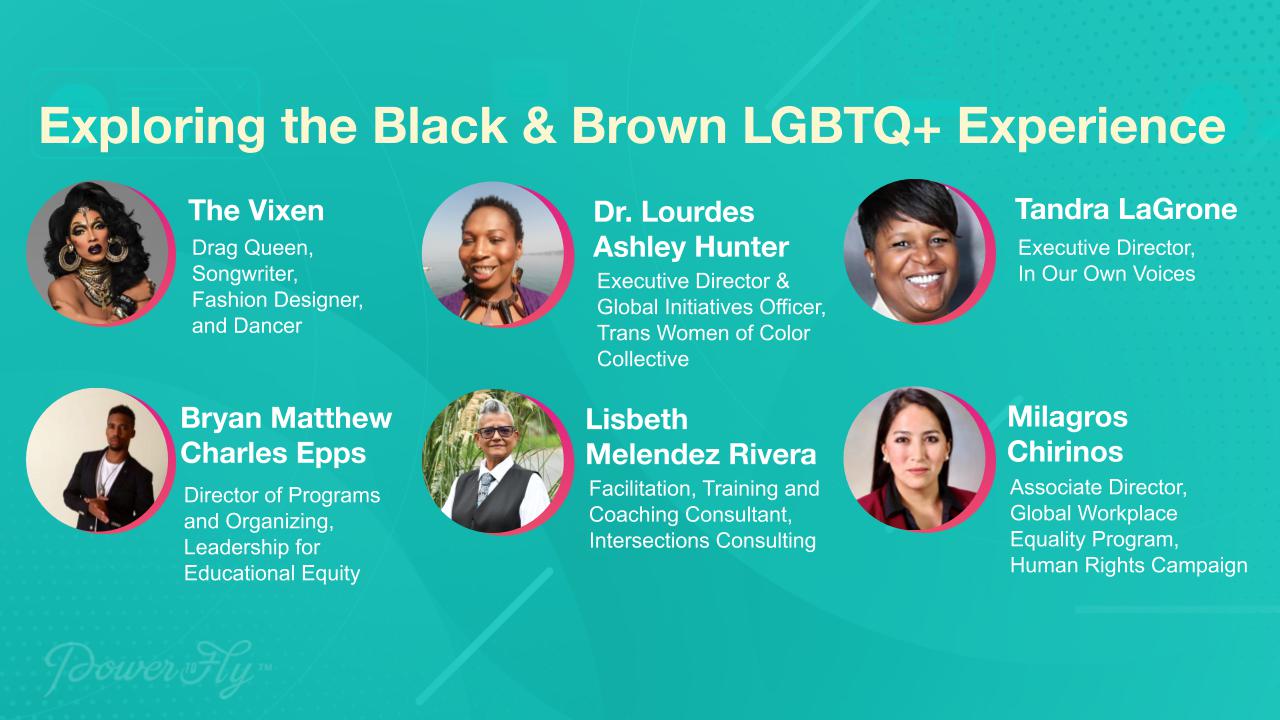 Join us for an honest conversation about the Black & Brown LGBTQ+ experience in the era of "Black Lives Matter." Panelists will include RuPaul's Drag Race Season 10 contestant The Vixen, who recently became the first drag queen to perform as a stand-alone music act at Lollapalooza; Dr. Lourdes Ashley Hunter, Executive Director of the Trans Women of Color Collective, a grass-roots global initiative led by trans and gender non-conforming people of color that works to uplift the lived narratives, experiences and leadership of trans and gender non-conforming people of color; Tandra LaGrone, Executive Director of In Our Own Voices, the Capital District nonprofit working to ensure the physical, mental, spiritual, political, cultural and economic survival and growth of the lesbian, gay, bisexual and transgender people of color communities; Bryan Matthew Charles Epps, Director of Programs and Organizing with Leadership for Educational Equity; and Lisbeth Melendez Rivera, head of Intersections Consulting and former Director of Faith Outreach & Training at the Human Rights Campaign. The conversation will be moderated by Milagros Chirinos, Associate Director of the Global Workplace Equality Program, Human Rights Campaign. 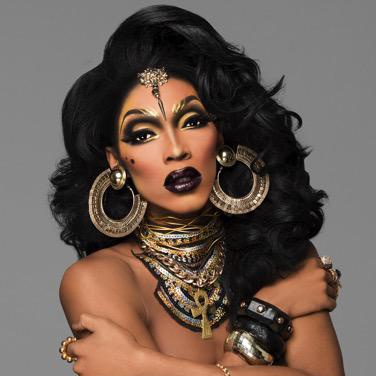 The Vixen is a multi-talented performer dedicated to making the world a better place. Growing up on the South Side of Chicago, her art has always been intertwined with social justice and activism. An accomplished drag queen, songwriter, fashion designer and dancer, she credits her creative family for her love of the arts. As a student at Columbia College in Chicago, Vixen learned the makeup skills it took to create her growing drag persona. After turning 21, her athletic performance style quickly gained her attention in the Chicago drag scene. Through hard work and dedication The Vixen has become an influential member of Chicago's gay community - interviewed by many publications for her unique style and outspoken viewpoint. As a rapper, her bold lyrics and intricate delivery has earned her national attention for her show-stopping collaborations. Her proudest achievement is creating BlackGirlMagic, a drag concert, where queens of color can celebrate their unique experiences through storytelling and performance. The Vixen lives by her grandmothers belief that helping others makes life worthwhile. 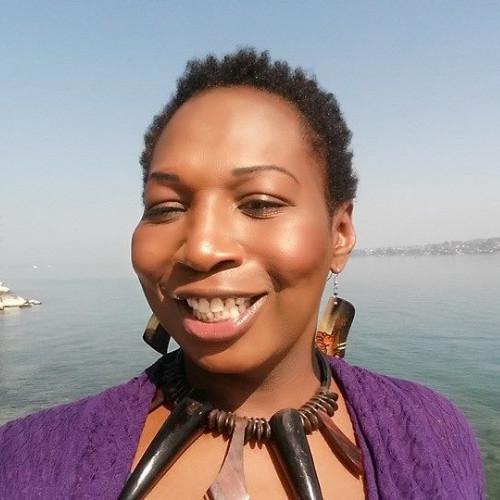 Lourdes Ashley Hunter has served as a catalyst for change for nonprofit organizations, community organizing initiatives and legislative campaigns for communities for over 25 years. A Black, disabled, non-binary trans woman living at the intersections of multiple identities deeply impacted by state sanctioned violence, Lourdes’ work is rooted in dismantling systems of oppression while creating and cultivating tools that work towards collective liberation for all oppressed people. Currently based in Washington D.C., Lourdes is the Executive Director of Trans Women of Color Collective (TWOCC). TWOCC is a grass-roots global initiative led by trans and gender non-conforming people of color that works to uplift the lived narratives, experiences and leadership of trans and gender non-conforming people of color, their families and comrades while building towards collective liberation for all oppressed people through healing and restorative justice. 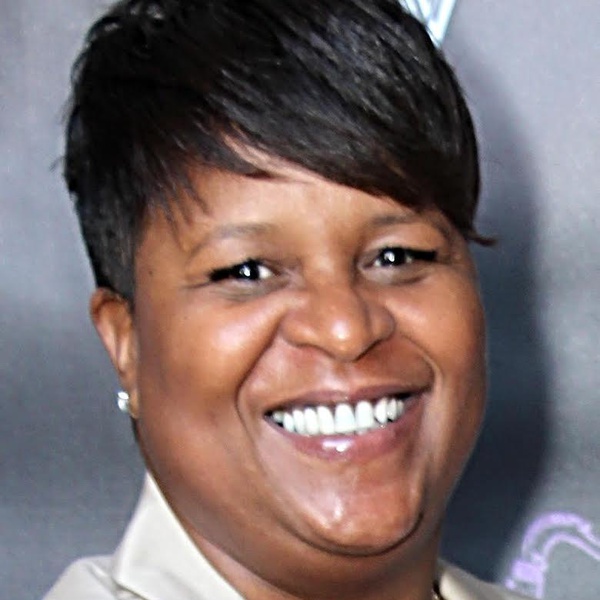 Tandra LaGrone
Executive Director, In Our Own Voices

Tandra LaGrone is executive director at In Our Own Voices, the Capital District nonprofit working to ensure the physical, mental, spiritual, political, cultural and economic survival and growth of the lesbian, gay, bisexual and transgender people of color communities. She considers herself an activist, organizer and cultural critic. Tandra previously was director of Girls Incorporated of the Greater Capital Region, One of the country’s largest organizations for girl’s rights. She is an advocate for HIV/AIDS treatment in the African American community, especially for women and young black men. The Albany native has worked as a domestic violence, youth, and LGBT advocate for over 30 years. Tandra has a bachelor’s degree in Fine Arts from the University of New Paltz. She has given presentations, as well as led panel discussions and workshops during a variety of activist and academic conferences and events on Lesbian, Gay, Bi-sexual, and Transgender (LGBT) issues with a particular focus on the people of color community (POC). 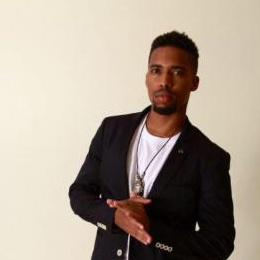 I began my career as an organizer on open space and environmental issues. My current work includes working in communities to unlock solutions as Director of Programs and Organizing with Leadership for Educational Equity and as Principal of Eester Farm. Previously I served as Executive Director of the Malcolm X & Dr. Betty Shabazz Memorial and Educational Center (at the site of Malcom X’s assassination) and developed public policy on the municipal level in New York City and Newark, NJ. As a volunteer I worked to launch Hetrick-Martin Institute, New Jersey establishing a statewide after-school program for LGBTQ youth, served as a researcher for the Black Census Project which surveyed over 30,000 African Americans to inform policy leading to this year's election cycle. 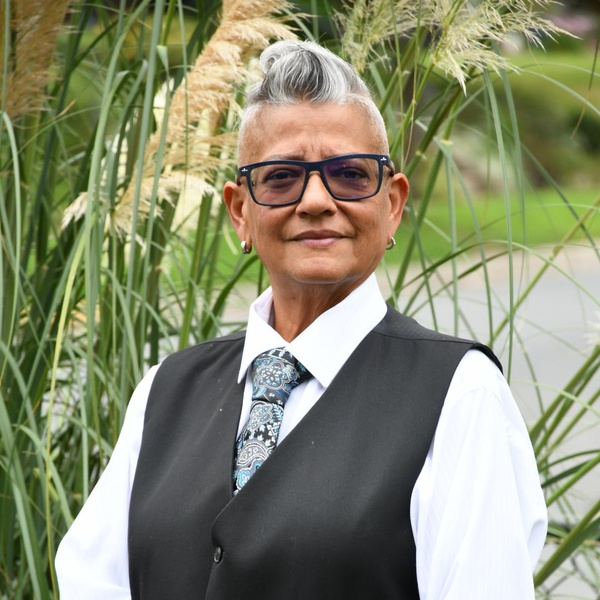 Lisbeth Meléndez Rivera is a 30+ year veteran of the LGBTQ and labor movements. Lisbeth has extensive experience organizing and training at the intersections of sexual orientation, gender identity, racial/ethnic identity, and culture specifically as they relate to communities of color in the United States. Lisbeth has crisscrossed the country training workers and community leaders in organizing, leadership development, and community building strategies from a grassroots perspective. She has also done extensive work supporting LGBTQ leaders in America Latina. Lisbeth is the former Director of Faith Outreach & Training at the Human Rights Campaign, where she worked with people of faith across denominations to ensure we can be who we are, love who we love, and practice our faith free of judgment. A graduate of United Theological Seminary with a master’s on Theology and Social Transformation she also has a background in biology and sociology with a solid Jesuit and SND formation. Justice and equity make her passions flare, and her days move forward. Today Lisbeth lives in Hyattsville, MD, alongside her wife, Lisa Weiner-Mahfuz, and their chosen family, both human and furry!! 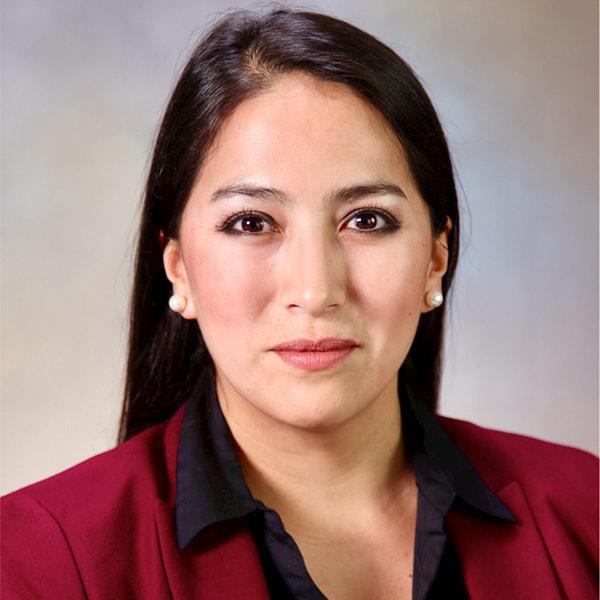 Milly is the Associate Director of the Global Workplace Equality Program and Hispanic media spokesperson at the Human Rights Campaign, where she oversees and guides HRC's LGBTQ-inclusive worplace initiatives across Latin America. She is a passionate advocate for diversity and inclusion.