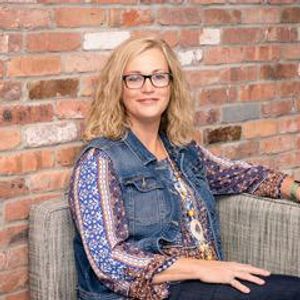 Manager of Military and Community Outreach at iRelaunch

April Keating is the Manager of Military and Community Outreach at iRelaunch, a career reentry consulting, training and events company focused on bringing professionals back into the workforce after extended leave. April is the spouse of a retired Army National Guard Soldier and is passionate about connecting the military community with resources to assist in their entrepreneurial and employment endeavors. She left a corporate job in 2006 to marry her Soldier, move halfway across the country, and eventually start an entrepreneurial venture as a means to hold career continuity while raising two boys and living the military lifestyle.

April gained her Associates of Arts in General Studies from Des Moines Area Community College in 2005, then went on to earn a Bachelor of Science in Human Resources Management from Park University in 2010. She became a part of the team at iRelaunch in November of 2016, and recognizing the immense value of returnships for the military-connected community, April is at the helm of iRelaunch's military community outreach and champions the advancement of return to work opportunities for military spouses and veterans. She is currently pursuing her Professional in Human Resources certification through the IVMF's Onward to Opportunity (O2O) program.

April also gives back to the military community through a number of volunteer efforts, to include virtual mentorship via the Veterati and eMentor platforms, community involvement with Blue Star Families, and participation in the Quad Cities (IA/IL) Veterans Network.