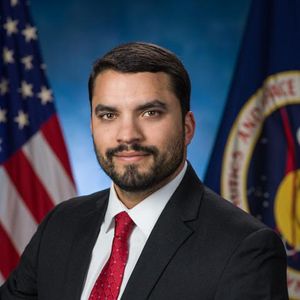 Prior to NASA, Christopher was hired by the State Department in 2016, serving as manager/instructor for the Overseas Training Branch (OTB) to train diplomats, Ambassadors, and other government employees on hostage and personnel recovery tactics, techniques, and procedures prior to departing to overseas posts.

From 2007-2016, Christopher served in the United States Military as an Air Force Survival, Evasion, Resistance, and Escape (SERE) Specialist. He was stationed at Fairchild AFB, Washington, where he served as lead trainer, group lead, and multiple instructional roles. Christopher was then stationed at Andrews AFB, Maryland serving as the Program Manager for all SERE related activities at the Presidential Airlift and the surrounding areas, where he worked closely with a multitude of federal and state agencies at all differing levels within the government.

Christopher is originally from Talkeetna, Alaska where he enjoys the great outdoors, hiking, fishing, camping, primitive survival, and more. He also likes scuba diving, sky diving, and traveling throughout the world.